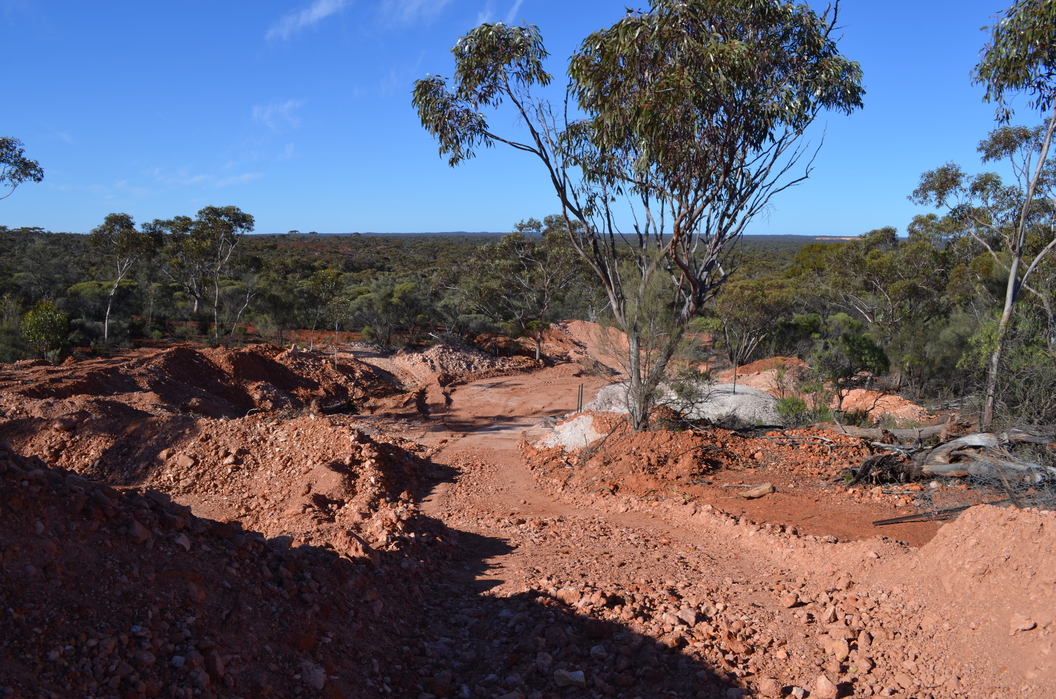 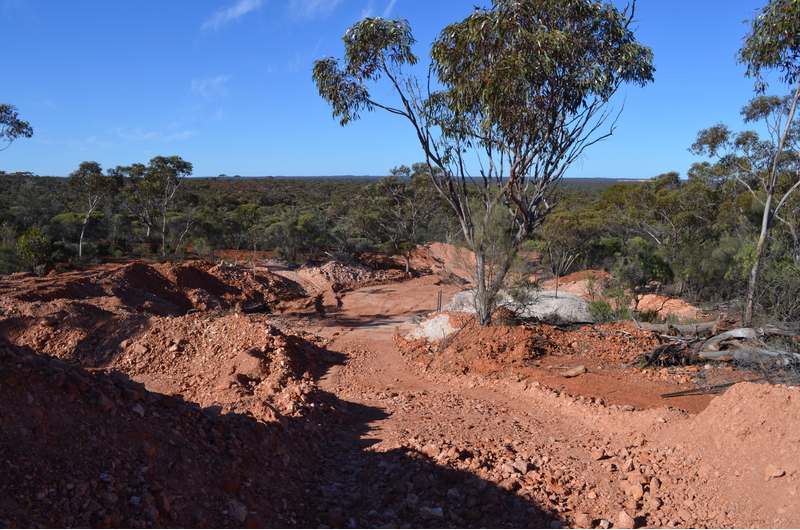 The Mount Alexander Gold Mine was in the centre of the Balagundi Goldfield. From 1895 to 1899 it was owned by a small Adelaide syndicate, and worked by John Stevenson. 24 acres.

There are two main lodes running north north-west to south south-east, both gold bearing. Work was largely confined to the eastern lode where two shafts had been sunk on decomposed slate and quartz containing gold. A rich shoot of gold was found in the kaolin, with a stockwork of quartz veins. The bulk of the lode is pure white kaolin. Shafts and a pit had been dug.

Alluvial gold was found in a gully close by, which held some rich patches. The western lode is quartz and ironstone, intermixed with slate. There was also a large quartz and kaolin formation at right angles to the lode, from which fine gold could be washed from.

The coarse gold was found as pieces with spikes and serrated edges 1 inch to a quarter inch long, and very bright. They would appear to have made handsome specimens in the collector market, which largely did not exist at the time, and they are believed to have all gone through the battery.

By 1899, prospectors McCullogh and Diskton (surnames) have taken over, re-naming the lease Mount Bellew. They are sinking new shafts and stoping ore. They also had a large interest in the lease to the south, and had purchased the local hotel.

The alluvial gully had been the focus of some of the work on the lease, with 600 ounces obtained in a few weeks. Further down the gully, the source described a mysterious mineral, being soft grey material that when dry has a bright metallic lustre like burnished silver. Nodules of ironstone and quartz are occasionally found in it, but no gold. It has a silky feel, and very fine, stating it covers every part of the miner's body so he feels oiled from head to toe. Panning leaves a tail of white matter behind. The writer suggests graphite, but is unconfirmed.