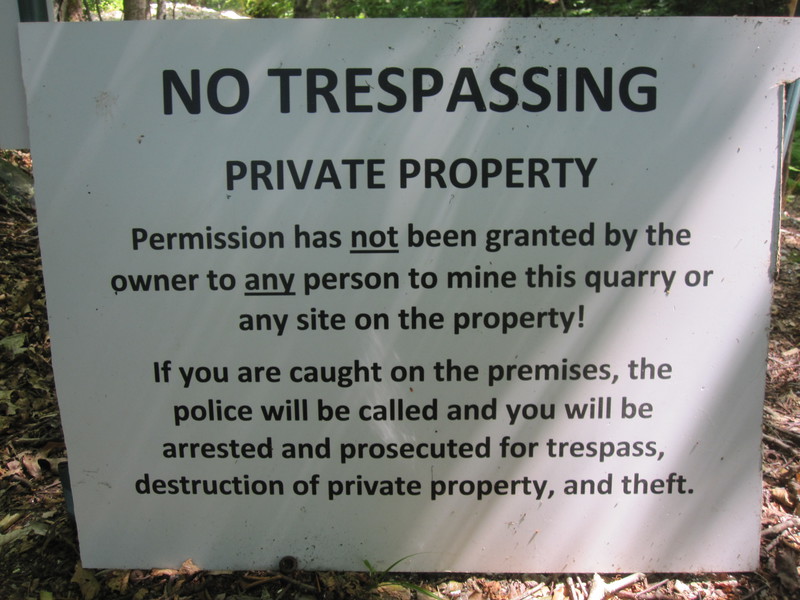 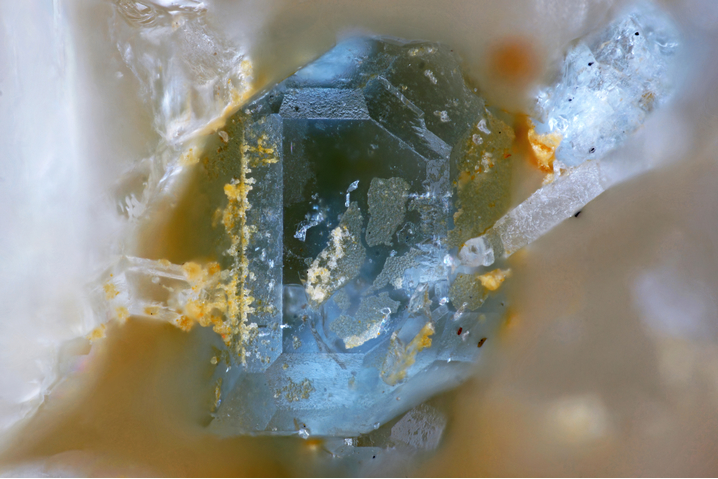 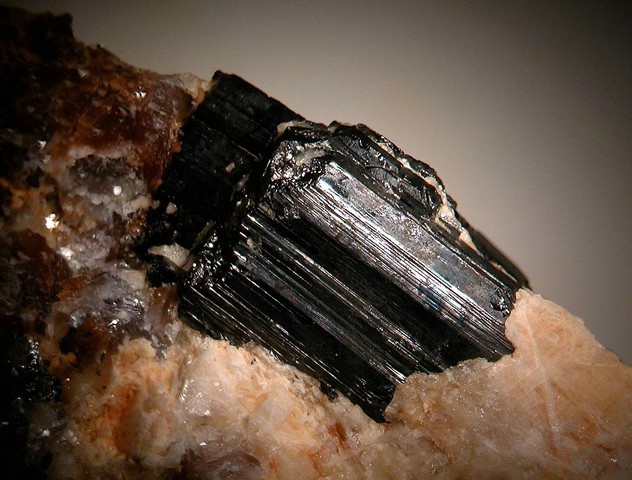 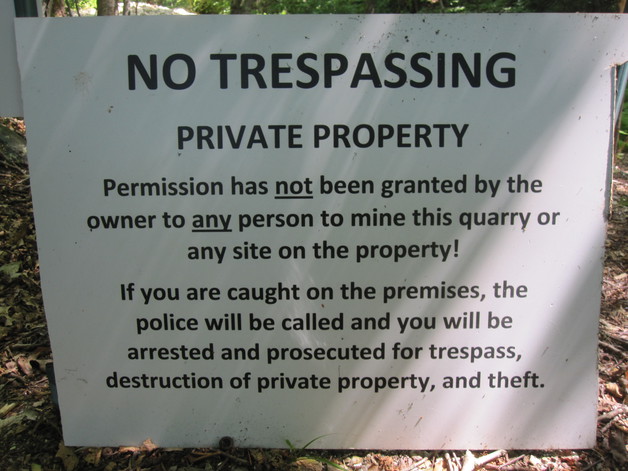 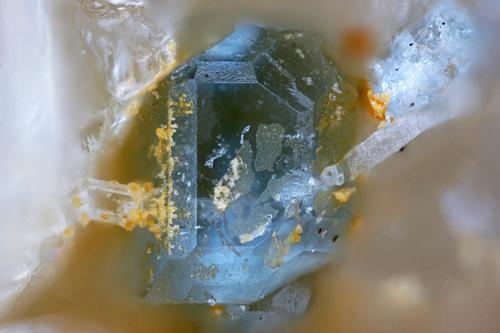 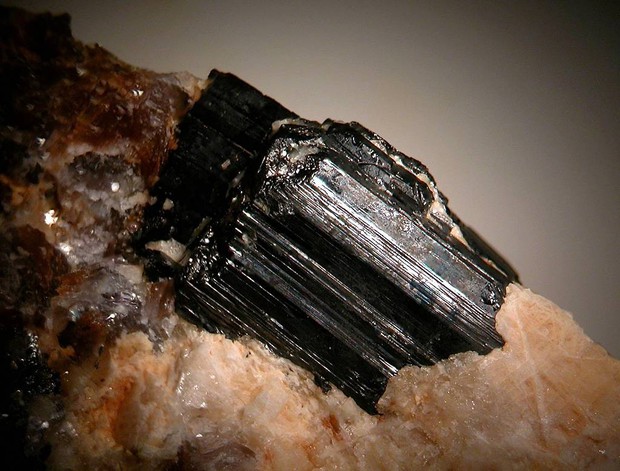 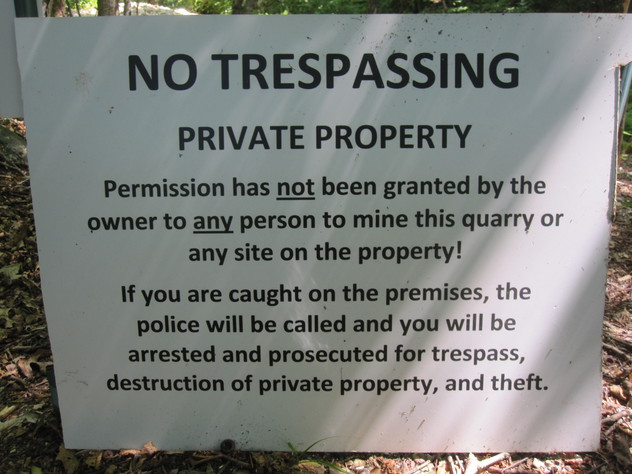 An underground mica mine, worked first for lithia from lepidolite in the 1910s (Swanson mine), then for sheet muscovite during WWII (Anderson No. 1 mine). The mine worked a complexly-zoned and lithium-rich granite pegmatite. In 1899, Horace Williams leased the property from Olaf P. Swanson "for the period of ninety nine years from the first day of April 1900, to explore, quarry, mine and dig for minerals in, upon or under the surface of the farm" (Haddam Land Records, 1899). Alledgedly, early in World War I the Imperial German Government bought a whole shipload of lepidolite from here as a source of lithium. Before the ship could leave New York, the U.S. Government banned the export of strategic minerals, so the ship's captain radioed Berlin for instructions, and, receiving them, had his crew dump the whole cargo into New York Harbor.

The “mine” is a small cut somewhat filled in with soil and leaves; around it are piled heaps of white quartz and lepidolite. Lepidolite forms more than half of all the material removed from the pit, and large blocks of the pure mineral occur. It varies somewhat in texture and appearance. Some masses are composed of bright small scales of a beautiful deep purple-pink color, intergrown with fine platy cleavelandite stained yellow brown by iron, the contrast in colors yielding very showy specimens. Other coarser scaly masses are pale lavender to gray in color and much of the material shows small spheres up to the size of a pea composed of folia of grayish lepidolite embedded in white cleavelandite.

The only other abundant mineral in the pegmatite is quartz which is crystalline milky white, and resembles common vein quartz. Potash feldspar is entirely absent. Cleavelandite albite occurs in masses of white plates and these contain bunches and masses up to several inches across of a flesh red to brownish red material resembling massive garnet, which upon analysis proves to be triplite. The triplite will be more fully described in another paper. In places the triplite has oxidized to a black manganese oxide, which stains the cleavelandite. Occasional crystals of muscovite, which occur in the cleavelandite, are penetrated by flat opaque crystals of green tourmaline.


The most detailed description from the WWII era comes from Cameron et al (1954):

The Anderson No. 1 mica mine, formerly known as the Swanson lithia mine, lies in the town of East Hampton, 0.4 mile N. 35° W. of Haddam Neck village. It is one of the Anderson-Bailey group of mica mines...

The pegmatite was first prospected before 1920 (Shannon, 1920, p. 82-84). From June to December 1941, and from May 1943 to March 1944, the Connecticut Mica & Mining Co., Portland, Conn., operated the mine. When the mine was abandoned the workings consisted of a vertical pit 52 feet deep and 10 to 15 feet wide. Two drifts, 50 and 30 feet long, were driven northward and eastward, respectively, from the bottom of the pit. When operations ceased, the northern drift was about 10 feet longer than shown on the accompanying map (fig. 126)...

The pegmatite is a very irregular body about 30 feet thick and at least 90 feet long. It seems to strike northward and to have a moderate eastward dip. Apparently its south end is in the workings. In part the pegmatite is concordant with the foliation of the eastward-dipping wall rock (medium-grained hornblende gneiss of the Bolton schist), in part it is sharply discordant.

The pegmatite consists of the following units:

1. Border zone, quartz-[albite] plagioclase pegmatite 4 to 8 inches thick. Consists of fine-grained quartz and [albite] plagioclase with accessory black tourmaline, biotite [annite], and muscovite. The zone is cut by numerous fractures that are perpendicular to the contacts. The fractures are coated with films of pyrite.

4. Quartz pegmatite, as much as 10 feet thick, consisting of coarse milky to smoky quartz. Occurs typically as a hood-shaped body adjacent to the lepidolite-cleavelandite unit and, at most places, above it. It also forms pods enclosed in the intermediate zone.

5. Lepidolite-cleavelandite unit, 5 to 10 feet thick. Fine- to medium-grained lepidolite (pink to violet to gray) with subordinate cleavelandite, quartz, and accessory dark green apatite and green tourmaline. The principal lepidolite-cleavelandite body seems to be an elongate ellipsoid at least 35 feet long whose long axis pitches S. 60° E. at an angle of about 30°. It is exposed only in the southern portion of the pegmatite but apparently a similar body was mined in the pit northwest of the vertical pit. Either this unit or the quartz unit may be the true core of the pegmatite.

Some blocks of virtually pure lepidolite have been obtained from the pegmatite, but most is probably too heavily intergrown with cleavelandite and quartz to be of value. It is estimated that 15 to 20 tons are in sight in the workings and that 40 tons are stockpiled on the surface.

The pegmatite seems to end southward in the workings and it may not persist for more than 100 feet north of the northern drift, so probably total reserves of mica are not large. Experience has shown that only a small percentage of sheet can be recovered from the crude mica, because of the structural defects of the books and the limonite-staining.

In the 1960s, the mine shaft was filled in with the remaining lepidolite stockpile.


THIS SITE IS CLOSED TO COLLECTING!!!!!!