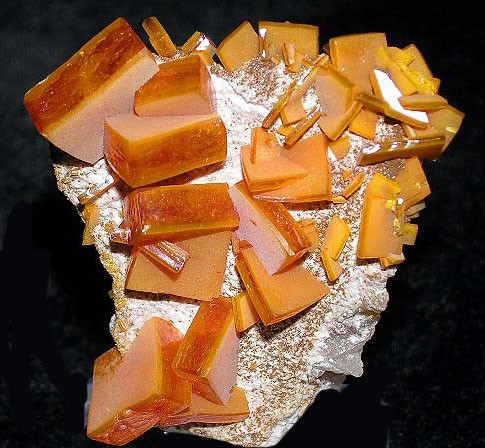 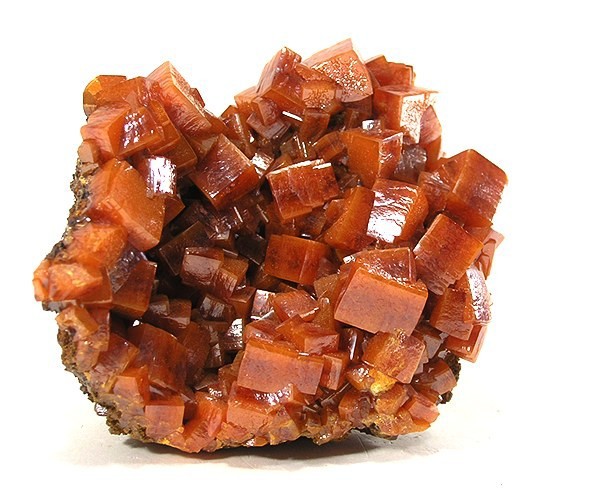 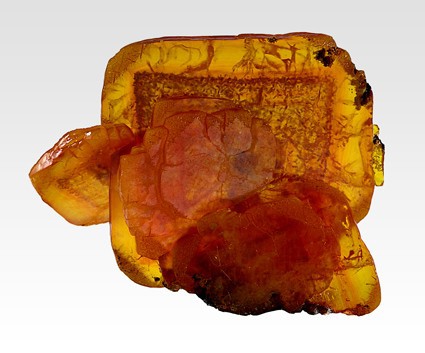 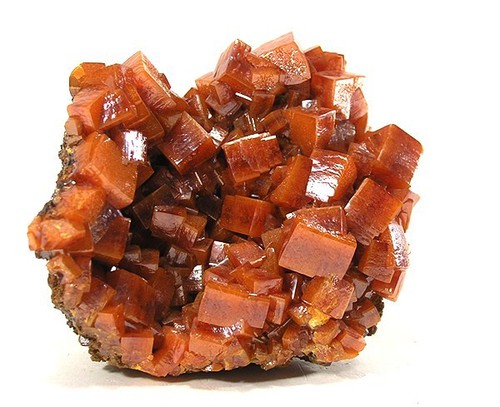 The Sierra de Los Lamentos takes its name from the eerie shrieking and moaning sounds (lamentations) the wind makes passing through a series of vertical cracks at the crest of the range above the mine.

Geologically, the Los Lamentos deposit consists of a single manto averaging 15m (50') high, 20-30m (65-100') wide and 1500m (5000') long (down dip). The manto is hosted in a single shallowly-dipping reefal bed in the equivalent of the Lower Cretaceous Finlay Formation. Manto mineralization consisted of massive galena and sphalerite (now oxidized to anglesite and cerussite and hydrozincite and willemite) with abundant gypsum and native sulfur. Most of the zinc minerals occur as vein fillings in limestone beneath the manto, reflecting their leaching, transport and supergene redeposition from the manto. (The zinc ores have never been produced) The manto was mined from the surface to the 700' level, but high-grade oxide ores are known to continue at least to the 800 level. Mining of these lower ores reportedly was not accomplished because of water inflow problems. 1920's pumping technology apparently could not keep these lower levels dewatered.

The mine workings consist of 9 levels on 100' spacings starting with the 0 level adit and extending to the 800' level. The adit intersects an internal decline at 400' and continues past to an internal 800' deep 3 compartment shaft at 3300' from the portal. The adit is at least 6'.6" high throughout most of its length. The shaft extends 800' to the bottom of the mine and intersects the manto between the 500 and 600 levels. The decline runs from the 0 to 500' levels,approximately 10m below the manto. It is from 5'6" high to over 6" 6". The decline is 15 degrees to the 350 level, where it steepens to 22 degrees. Below the 500 Level the main access workings are within the manto with level haulages leading to the shaft on the 600 and 700 levels. The 800 Level drift never reached the orebody and it is not known how much underhand stoping was done below the 700 Level.

Specimen mining occurred primarily in the 1920s through the early 1960s with smaller, but very good quality wulfenite specimens were recovered in 1968, 1976, and lastly in the early 1980s, during a period when Fresnillo rehabilitated the mine in an unsuccessful search for sulfide ores below the oxide levels. At that time the 700' level was accessible and the deepest wulfenite ever mined (supposedly) was extracted from partially flooded pockets a few meters below the 700 level. The miners worked in waist-high water in an area known as "Los Banos" (The Baths). An old miner reports that although good wulfenite was being produced, the water became too much of an obstacle to overcome and specimen mining was abandoned.

Wulfenite and vanadinite first appear in quantity just below the 500' level and the wulfenite increases in quantity and quality downwards, at least to the 700' level. The wulfenite occurs as pods and pcokets within the massive sanded cerussite core of the orebody, and in abundant pcoket zones around the margins of the cerussite core. The cerussite ores reportedly were very friable and only needed shoveling to remove them. Blasting was only necessary to remove calcite webs and fins within the ores. One old miner reported that wulfenite was so abundant in the ores that in the 50s and 60s, Manuel Ontiveros kept a full-time collector in the stopes alongside the miners to remove the wulfenite from the sanded ores.

In the upper portions of the wulfenite zone, between the 500 and 650' levels, vanadinite and descloizite are very abundant and often occur as overgrowths on or pseudomorphs after the wulfenite. Approaching the 700' level, the vanadinite and descloizite separate from the wulfenite and the size, color, and luster of the wulfenite improves. According to an old miner, the best specimens came from just above, and on, the 700' level with some of the very best material coming from the then partially flooded 700' level. The mine owner reported leaving "good" specimens behind on his last collecting foray (1981), expecting to return for them, but being unable to do so because of rising water. Fresnillo drill logs (1983) report substantial amounts of wulfenite in the cerussite they cut in drill holes between the 700 and 800 levels, and below. It appears that good quality wulfenite persists below the limit of mining, and probably goes at least to the 800' level.