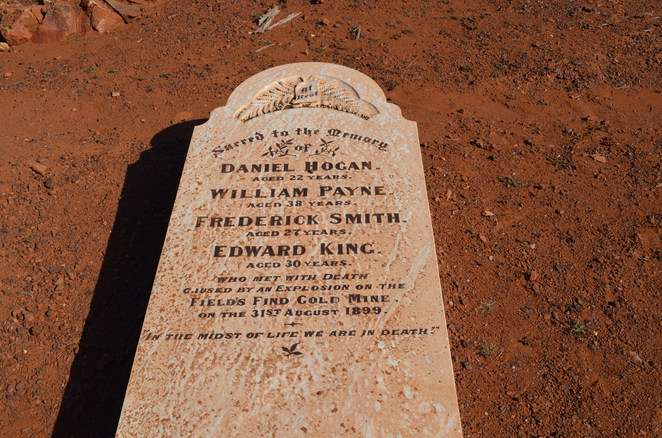 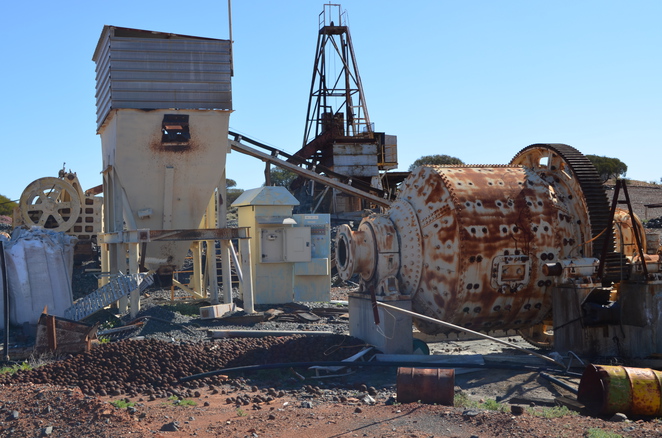 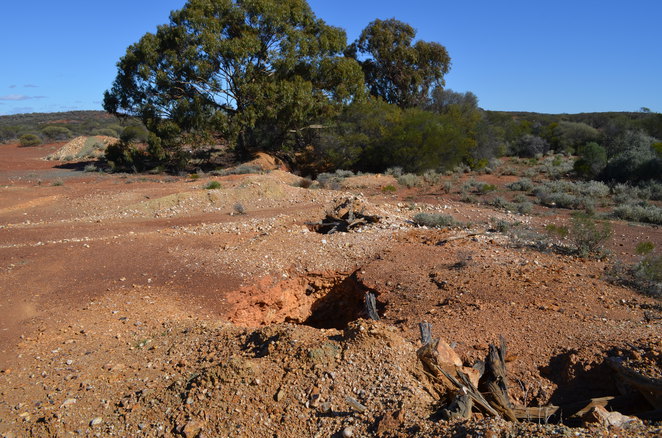 The area is better known as a small historic goldfield in low hills along the road between Paynes Find and Yalgoo. All that remains is the cemetery and diggings. The location is 51 kilometres north-west of Paynes Find, and 98 kilometres south-east of Yalgoo, along the Paynes Find-Yalgoo Road, just west of its intersection with the Warriedar Road.

The field was active from the late 1890's to the 1930's, and was largely the preserve of individual or pairs of miners with small operations. Since that time intermittent specimen mining for slabbed jasper takes place, and it has been explored for iron ore.

The small cemetery contains eleven souls. Four- William Payne (aged 36), Edward (Ned) King (26), Daniel Hogan (22) and Frederick Smith (27)- were killed in a mine explosion at the Fields Find Mine on the 31 August 1899. They were sinking a shaft and had laid dynamite which was lit with a fuse. While the circumstances are unclear, it is believed they sat near unpacked dynamite nearby to await the outcome of the explosion. The concussion from it set off the large amount of stacked dynamite next to them killing everyone instantly, and causing a cave in. Rescuers described seeing unrecognisable scraps of bodies left.

Old gold mines stretch some 10 kilometres south-west of the cemetery location, and can be accessed via rough little used tracks proceeding north-west of the old Warriedar Homestead, or south west from the white mullock heaps just past the cemetery from the north. Old diggings are numerous and scattered through scrub, and getting lost is easy. Leases could be active. The modern names for the area is Reids Ridge, but there are several historic names for the various locations.